This Belly pistol is made from an original Hall M1843 carbine receiver.  There are only 3 known originals of these which still exist. This one was copied from an original found in R.T. Huntington's book: Hall's Breechloaders.  It was built by Steve Krolick, and, just like the originals, this belly pistol was put togething using an Model 1843 Hall/North carbine receiver. This particular receiver was bored out to .58 caliber prior to the Civil War as one of the guns involved in the infamous "Fremont Hall Carbine Affair". The top of the receiver is lightly pitted, but when when held in the right light, some of the letters of the maker's stamp: “ U.S.” over “S.NORTH” over “MIDLtn” over “CONN.” over “1848” can be faintly made out.These carbines saw hard use by union cavalry in the western theater of the Civil War. The walnut handle was made from a damaged M1843 Hall stock just like the originals.

Because an effort was made to utilize as many original parts as possible during the building of the little pistol, there is some some slack on the hammer while at rest, due to the original stirrup being stretched out a bit. However, this does not impede the gun's functionality at all.  Upon cocking the hammer, it becomes apparent there is plenty of power in the main spring. We have test-fired this pistol and it works like a dream. We recommend a charge is 15 grains of 2F and a ball of 530 – 540 with a patch.

This entire build is done to have the look and feel of such a pistol made out of necessity and with available materials. Steve antiqued the Walnut handle to match the receiver giving the whole pistol a well-used feel.

These pistols were often carried by militia and cavalry on either side of the Civil War as a backup pistol. There is also some documented usage of Hall breech-block pistols in Mexico and the Southwest.  It would certainly would help to clear a path in saloon. 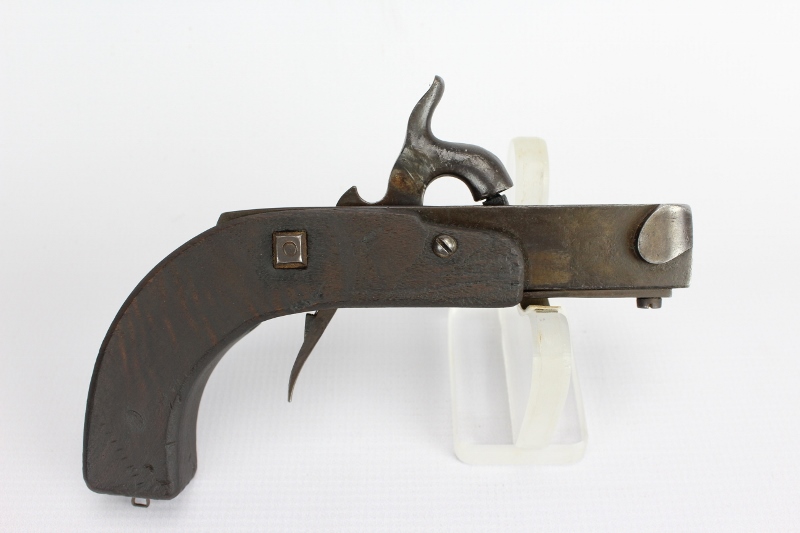 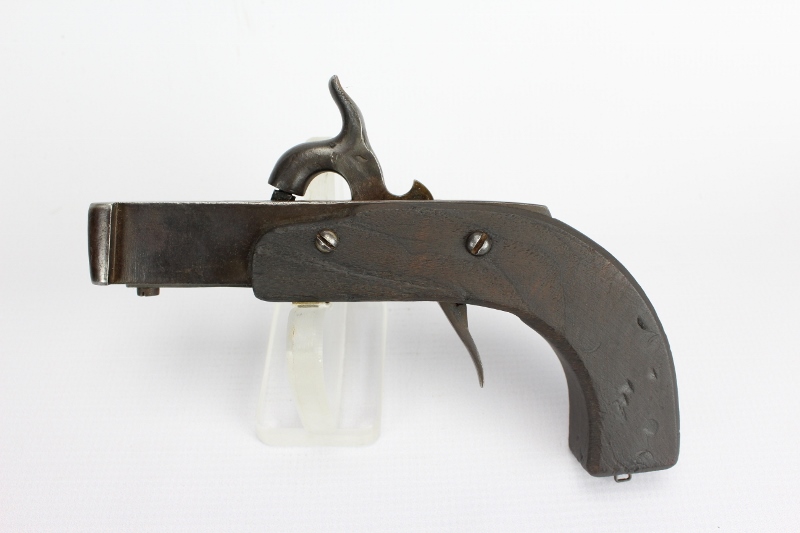 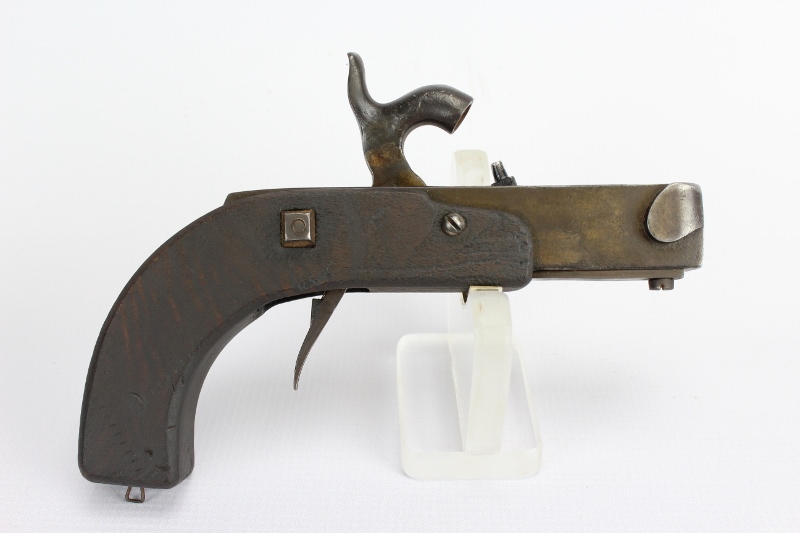 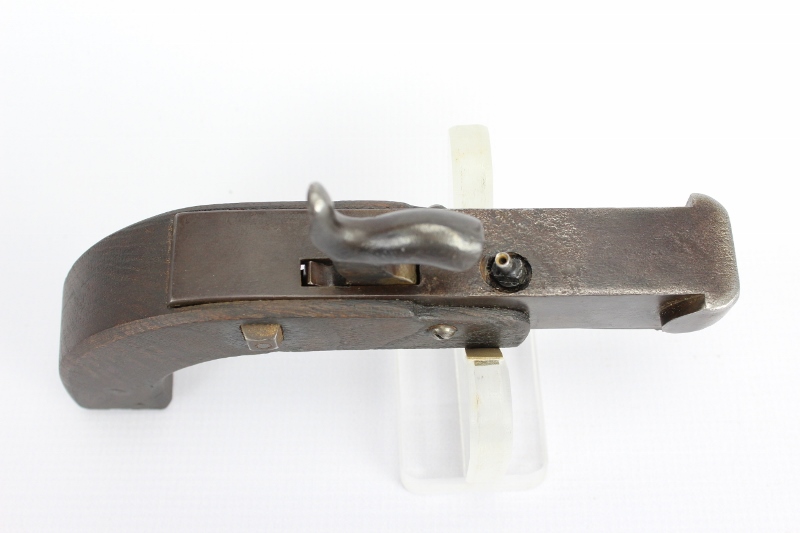 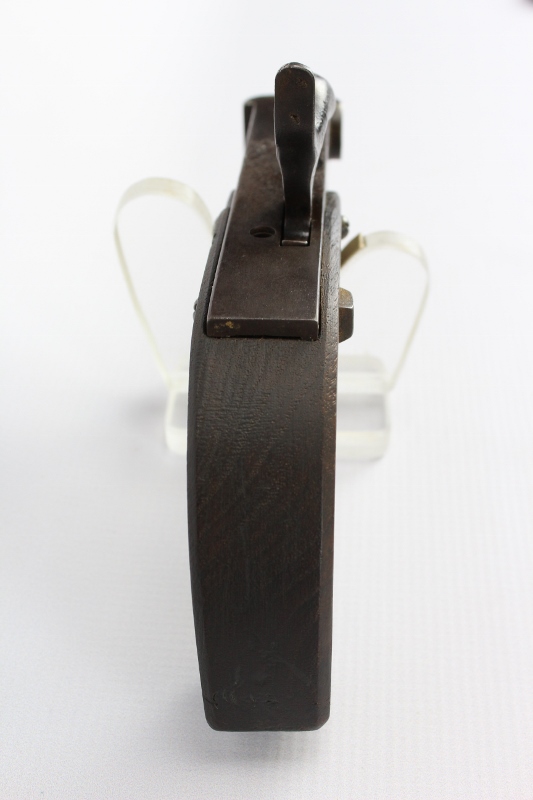 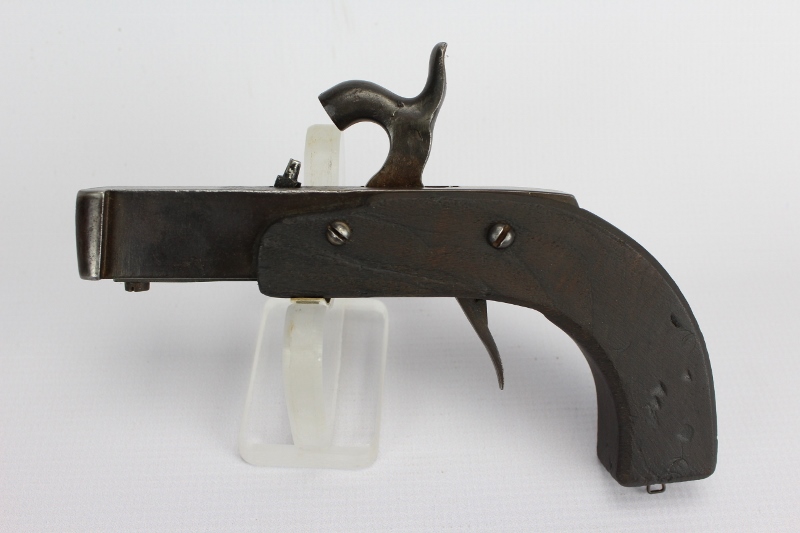 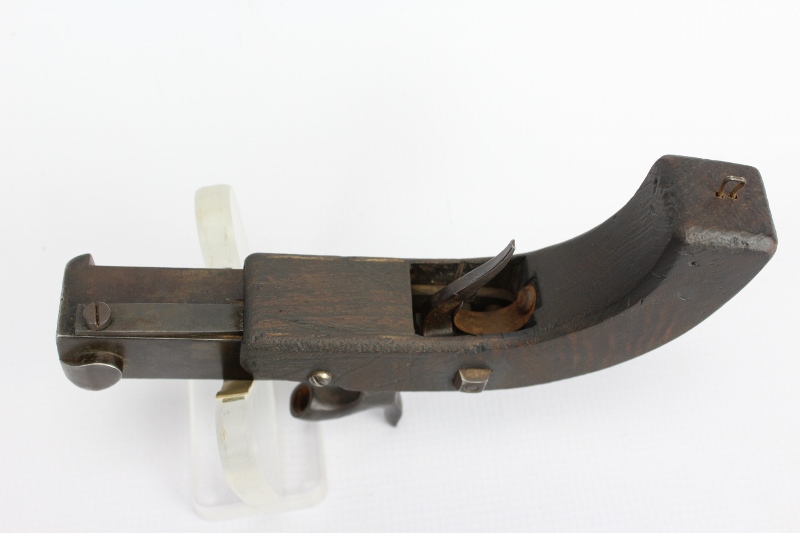 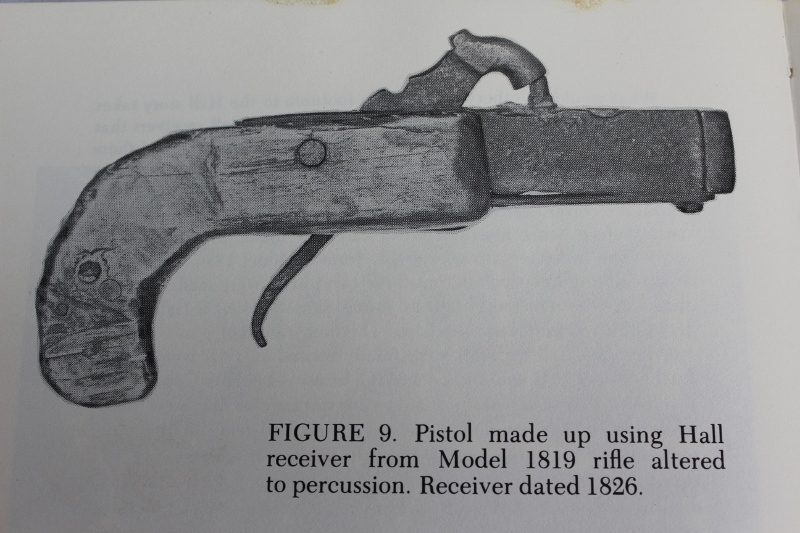