This custom-built rifle is truly one of a kind; which is no exaggeration considering that this perfect copy of the incredibly rare Virginia Manufactory Rifle is the only one that's ever been built! The Virginia Manufactory "Mountain" Rifles were originally made at Virginia's state armory, The Virginia Manufactory Arsenal between 1805 and 1808. They were patterned off of the famous "Pennsylvannia" or "Kentucky" rifles which were popular during the Revolutionary War.
These rifles saw heavy usage in both the War of 1812 and the Mexican-American War, even though the Arsenal had stopped all arms production by 1822. Sixty-Thousand Virginia Manufactory muskets and rifles were reported to be on hand in Richmond by the time the Civil War began in 1861. An overwhelming majority of these arms were still in their original flintlock configuration with only 5,000 having been altered to percussion. With Virginia's troops in desperate need of weapons, these obsolete flintlocks were immediately issued to the state's front line troops. These flintlocks found their way into the hands of soldiers from all over the state; and a detailed list can be found in the book, Confederate Rifles & Muskets by Madaus and Murphy.
Among the the flintlock weapons that were issued early in the war, a large number of these distinctive "Mountain Rifles" were reportedly issued as well. In his report on September 11th, 1861 Confederate Captain August Buchholtz wrote that he had "about 80 mountain rifles I have now reproted on hand."
While these rifles were common place during the early days of the Civil War, there are sadly very few surviving specimens. There are only 3 remaining original First Model Virginia Manufactory Rifles in existence today; and this reproduction is the only one of its kind.
This particular custom-built rifle is a perfect copy of the original Virginia "Mountain Rifles". Stocked in brass, this rifle's most outstanding feature is it's "rattlesnake" patch box with the patriotic slogan, "Don't Tread On Me" carefully engraved into it, making it a perfect copy of the originals. Steve Krolick fabricated and engraved this patchbox by hand. In fact, most of this rifle was scratch-built by Steve. The ramrod thimbles and buttplate were all hand made from sheet-brass just like the original guns. The trigger guard was sand-cast by Steve off of an original Virginia Manufactory Rifle. The lock is a heavily modified L&R that was hand engraved and stamped "VIRGINIA MANUFACTORY" in front of the hammer with the word "RICHMOND" and "1805" on the tail of the lock plate. All the placements and font of the lettering are correct for a first model Virginia Rifle.
The American Walnut stock was carved from a blank and it's lines and profile are perfect copies of the original "Mountain Rifles". The barrel is a .45 Caliber and made by Colerain. It's lightly swamped just like the originals. The top flat of the barrel is marked "102 Va Regt. Powhatan", which indicates the unit it was originally issued to prior to the Civil War. All the steel components of this rifle were lightly patined, to give it a gentle antiqued look.
These incredibly rare rifles are well known by collectors and have been documented in nearly every major work on Confederate Long Arms. This reproduced Virginia Rifle is a near perfect copy and would be a perfect choice for War of 1812, Mexican-American War, or Civil War reenacting. This rifle would also be an ideal choice for a collector or living historian; as original rifles are impossible to find. Shooters will also enjoy the match grade accuracy of the Colerain barrel and the lightning-fast speed of the L&R lock. 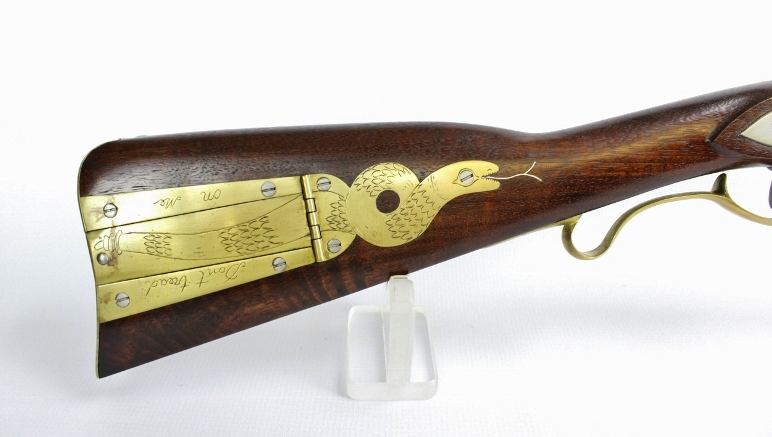 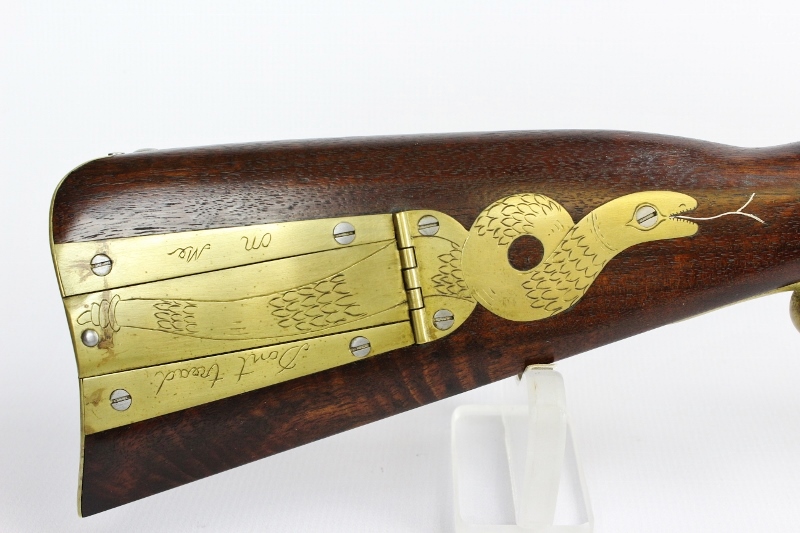 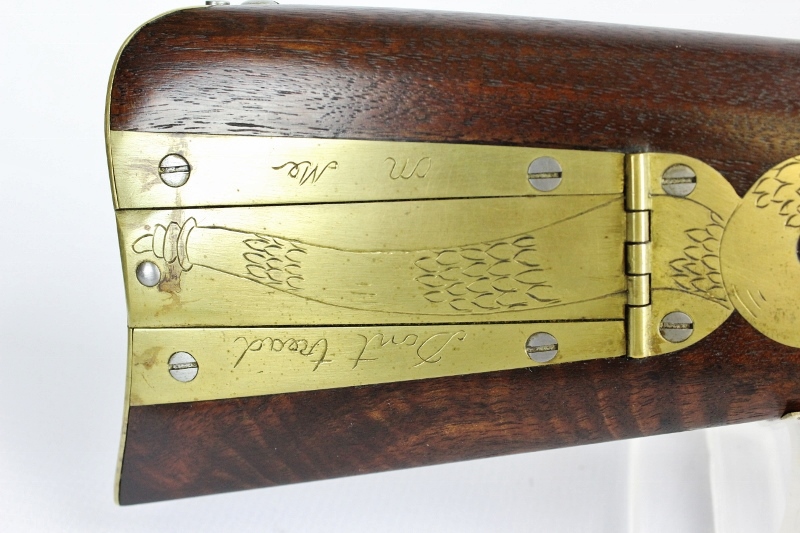 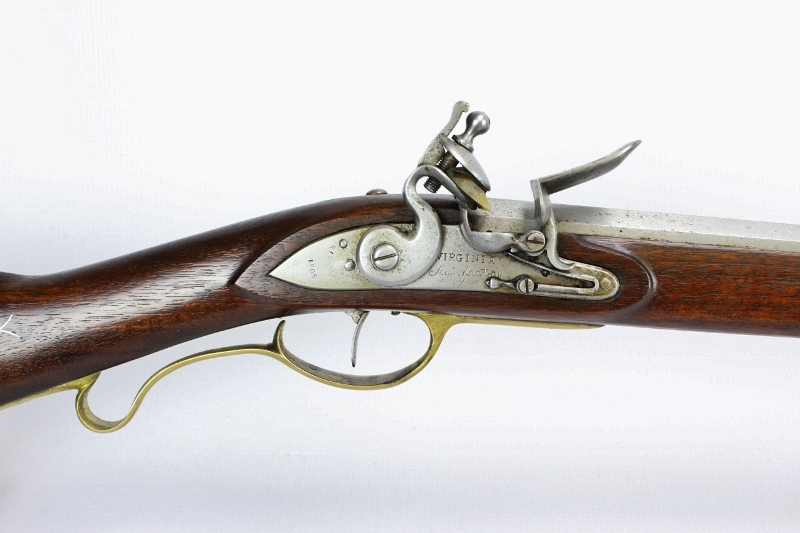 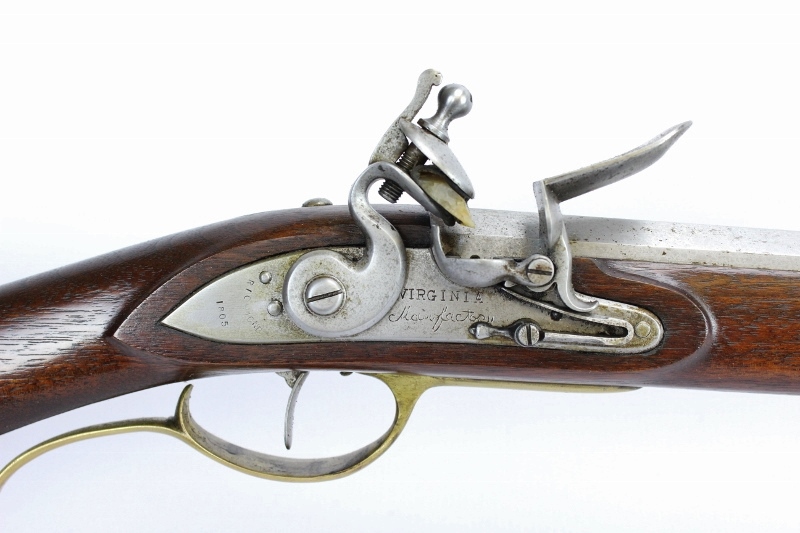 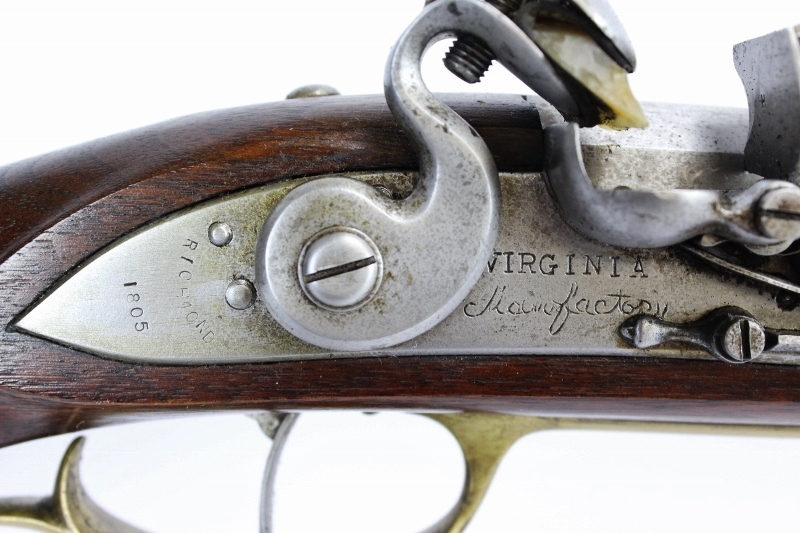 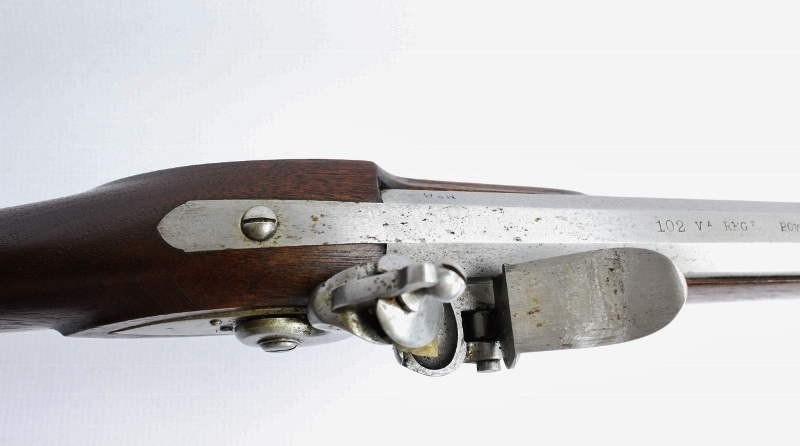 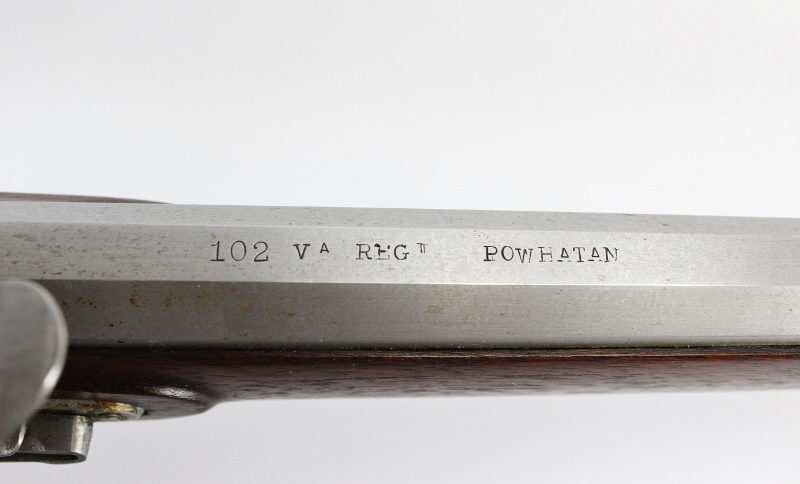 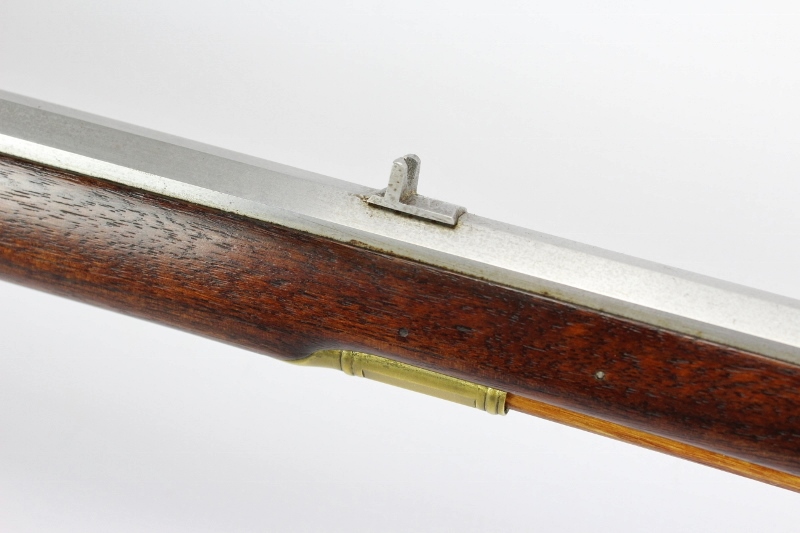 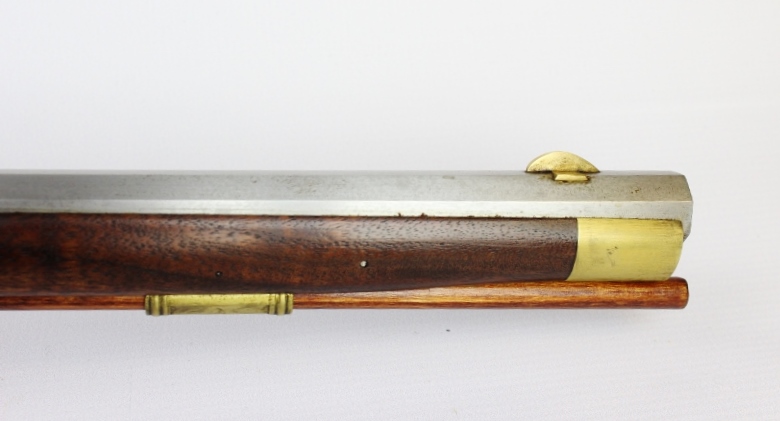 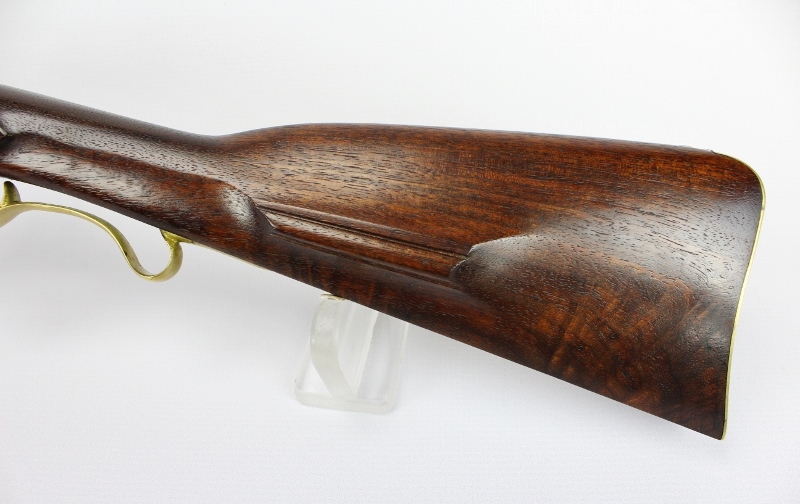 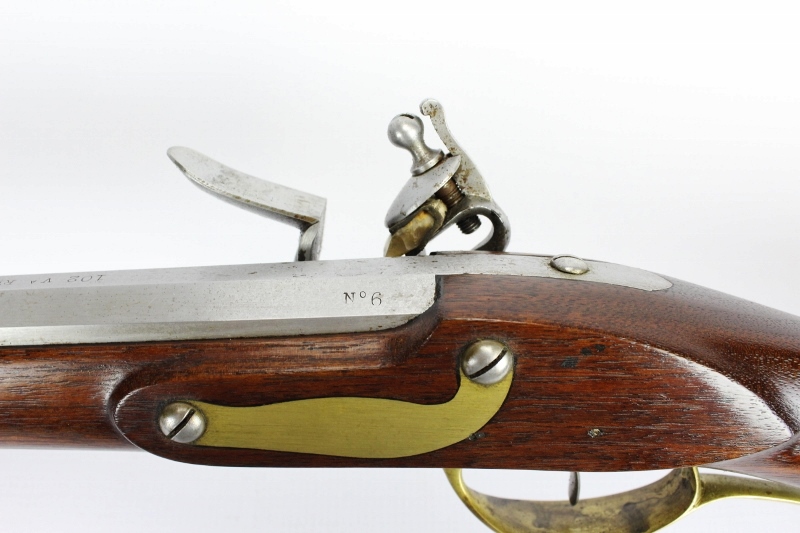