The P1853 Enfield is probably the most reproduced military musket in the world. They are easily the most commonly encountered weapon on the modern Civil War reenactment battlefield. Yet, there has never been a perfect, 100% historically accurate Enfield offered by any of the big brands. Armisport, Euroarms, Pedersoli, and even Parker Hale reproductions all have their shortcomings; which is why we had David Stavlo build us this beauty - a nicely shaped and finished reproduction RT Pritchett contract Enfield; which is nearly perfect in every way.
David used an unfired First Generation Parker Hale as the base for this project. This accomplished two things right out of the gate. First it kept the cost down as it eliminated all of the "grunt work" (barrel inletting, lock inletting, etc.). Second, it also insured that the barrel dimensions would be correct both externally and internally as Parker Hale was the only company that made barrels that featured both a properly profiled breech section and historically accurate progressive depth rifling (Parker Hale actually used original Enfield rifling machines to rifle their barrels). While the Parker Hale Enfield's were beautifully made reproductions, they are far from perfect. Several characteristics of these muskets needed to be changed in order to reproduce a museum quality Confederate Enfield.
David began the process by first researching original muskets to make sure that all the details of the new reproduction were correct. He eventually chose to base this project off of an original RT Pritchett musket that he had a chance to examine in a private collection.  Robert Taylor Pritchett is better known for developing the "Pritchett Bullet"; a popular projectile used by both the North and South during the war, but he was also a major supplier of arms to the Confederacy. Original ledgers list his shop at 86th St. James and 57, Chamber Streets, London. He was the son of London gunsmith Richard Ellis Pritchett. When the war started in 1861, RT Pritchett was already a prominent arms contractor to the East India Company, so supplying arms to the Confederacy was an easy transition to make. Pritchett produced both P1853 muskets and P1856 Naval Rifles for the Confederacy and surviving examples are considered relatively rare on today's collector market.
After finding some direction for the build, David began by replacing the lock plate with one of our custom-engraved RT Pritchett plates that we sent off to be bone-charcoal color case hardened using the same methods that were applied to original Enfield plates. Our RT Pritchett lock plates are perfect copies of the originals and we are the only shop to ever reproduce them. The incorrectly shaped Parker Hale Hammer was also replaced with a reproduction hammer that was cast off of an original and finished by David before being color cased to match the lock plate. The finished lock is stunning with beautiful engraving on both the lock plate and hammer with gorgeous color case.
The barrel was then "defarbed" by removing the modern Parker Hale markings and serial number, and stamping the proper London proof marks in their place. David also replicated the original timing marks found on most original Enfield breeches before the entire barrel was then reblued to match the finish found on originals.. The addition of one of our Rich Cross machined rear sights completed the barrel work.
David then turned his attention to the stock - the heart of the musket. Parker Hale Enfields were the only reproductions to be made with historically correct English Walnut, however the factory stock dimensions are incorrect. David corrected this problem by re-working literally every inch of the stock. He started with the lock panels, cutting them in and shaping them with a rasp just like the originals. He then planed down either side of the butt stock to create the same flat sided butt found on original Enfields. He thinned out the forearm and reworked the entire forestock so that the incorrect Parker Hale Baddley-style barrel bands could be replaced with a set of correct Palmer bands that he heat blued and oil hardened just like the originals.
He finished the stock with a light coat of stain and several hand-rubbed applications of oil finish to make the it water proof. He stamped the stock with the enigmatic Confederate inspector's "JS/ANCHOR" selecting the same style of large anchor seen on the original from which this musket is based. He also stamped a rack number below the inspector mark and applied a "TIPPING & LAWDEN" stock maker's stamp on the stock's belly. Tipping & Lawden was the name of the partnership of Thomas Tipping and Caleb Lawden. The two gunmakers had buildings in both Birmingham and London and supplied stocks to many of the major Enfield makers during the war. Their trademark has been found on many RT Pritchett muskets; an example of which can be found on pg. 164 of Russ A. Pritchard, Jr. & C.A. Huey's book The English Connection.
David completed the work by installing and original Enfield rear swivel onto the trigger guard and a correct centered swivel on the front band. The finished product is a perfect reproduction of a Confederate-imported Enfield. The quality workmanship makes it far superior to any defarbed Italian musket and the period correct construction details like the progressive depth rifling and English Walnut stock put it in a class above even the most meticulously reproduced custom muskets. This Enfield would be perfect for reenacting, living history, or skirmishing. It would also be an economical option for any museum that may want a good representation of a Confederate musket. 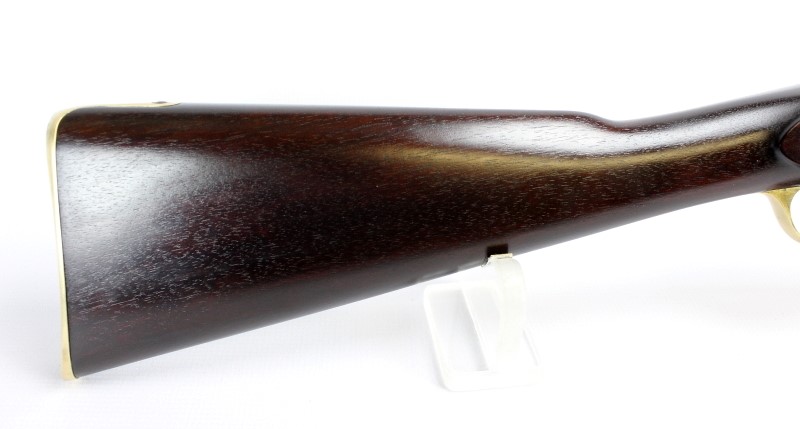 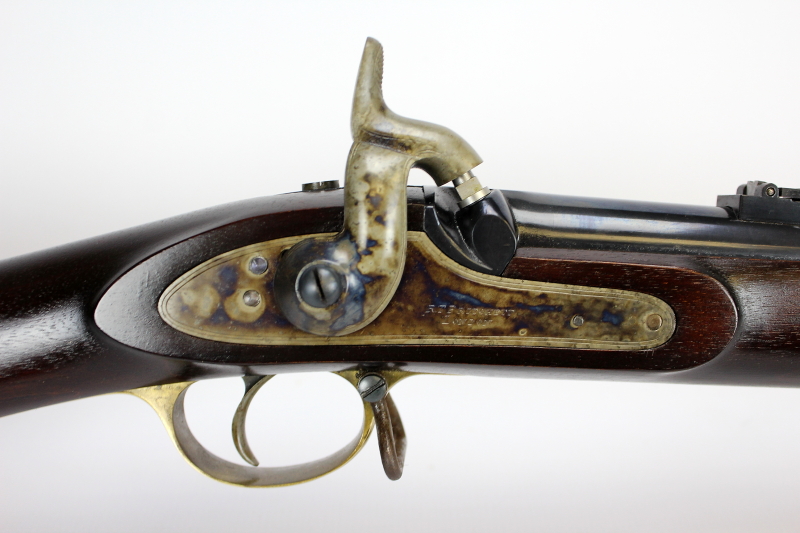 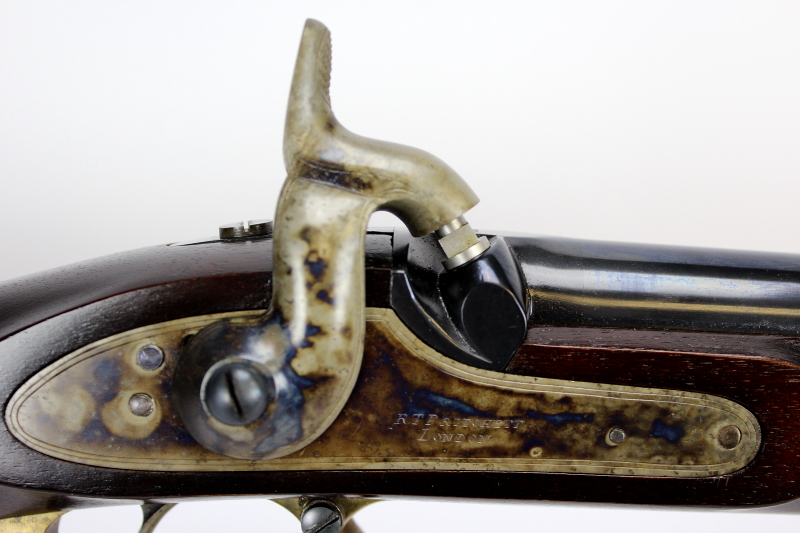 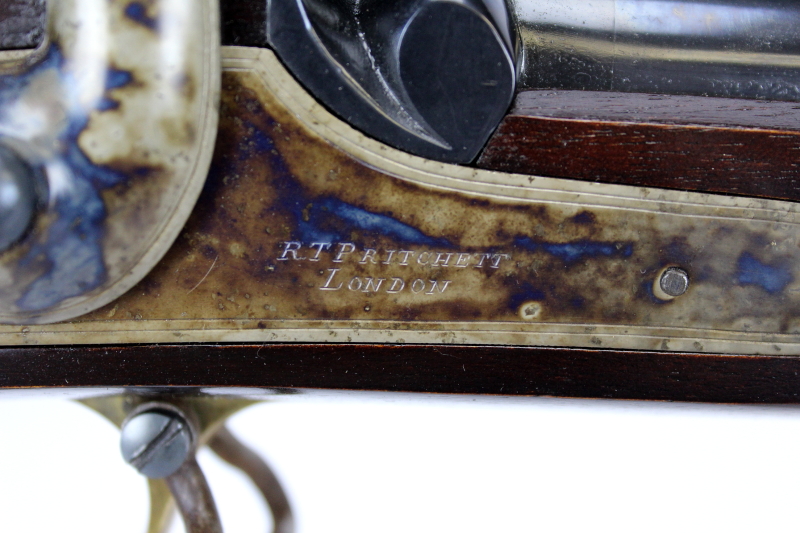 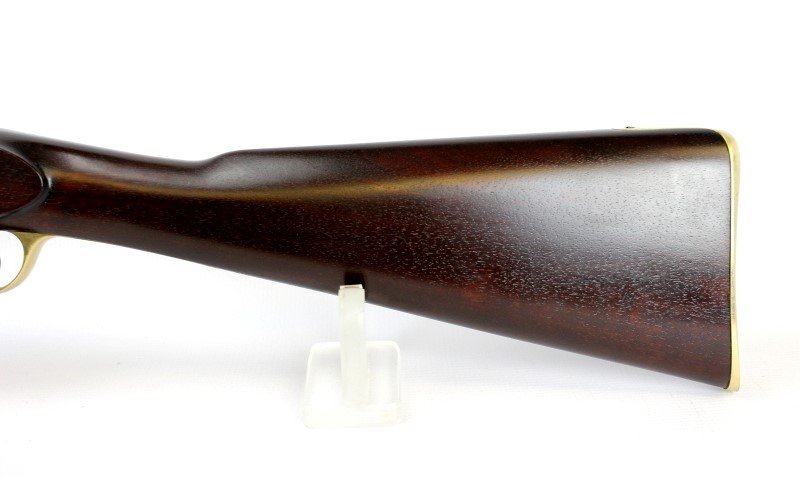 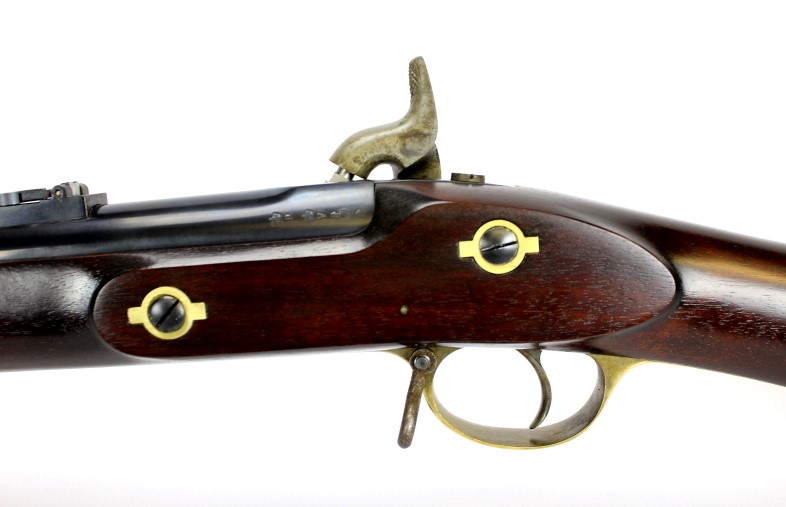 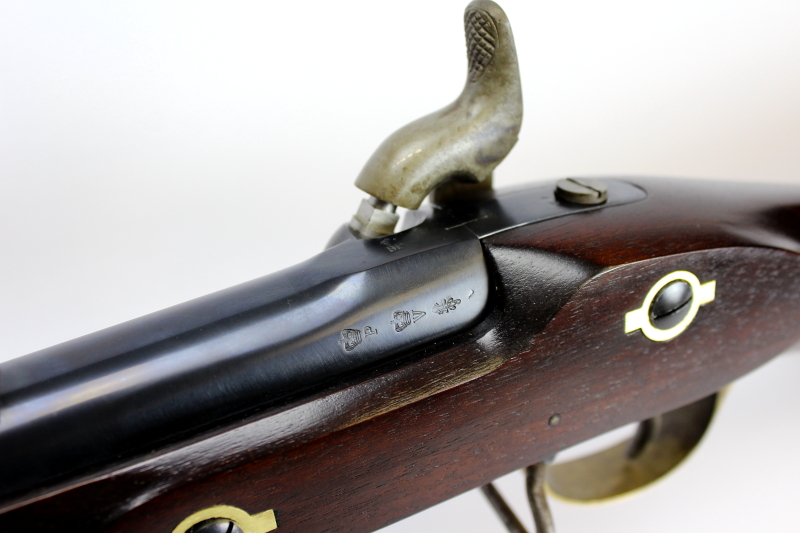 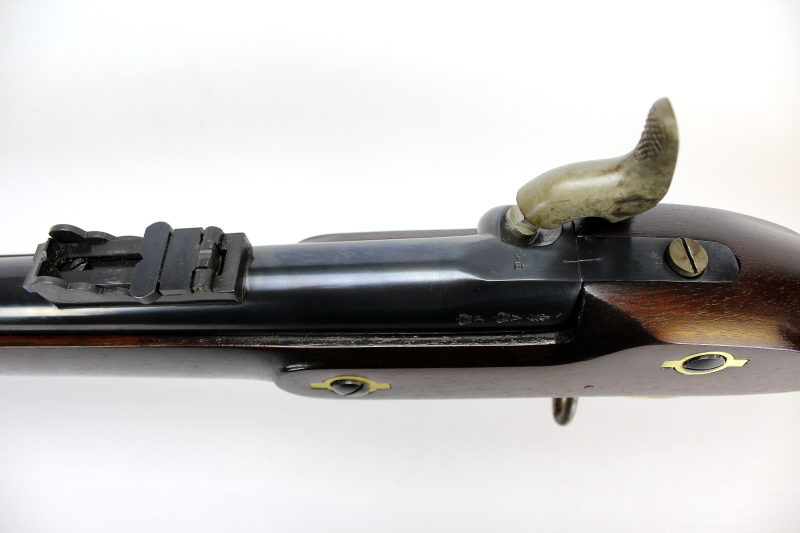 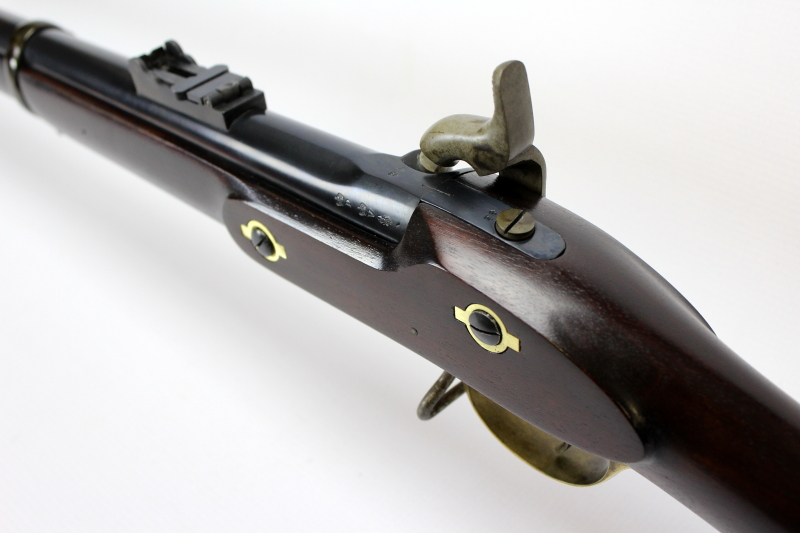 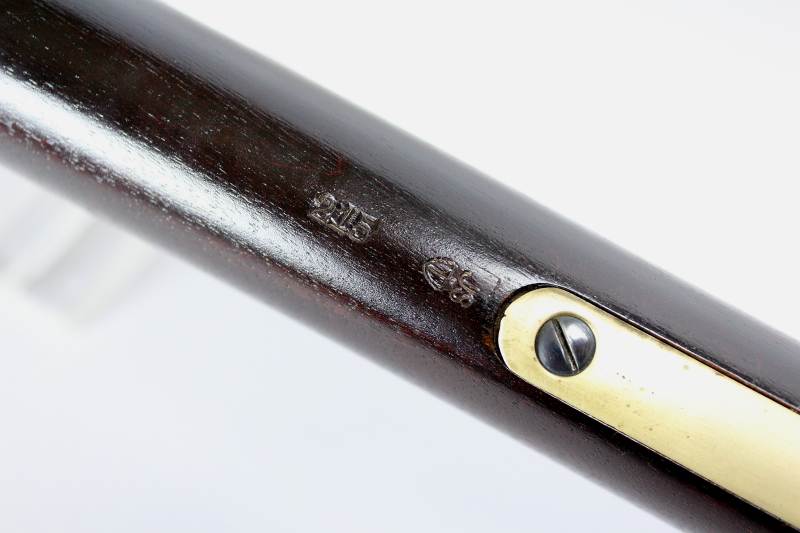 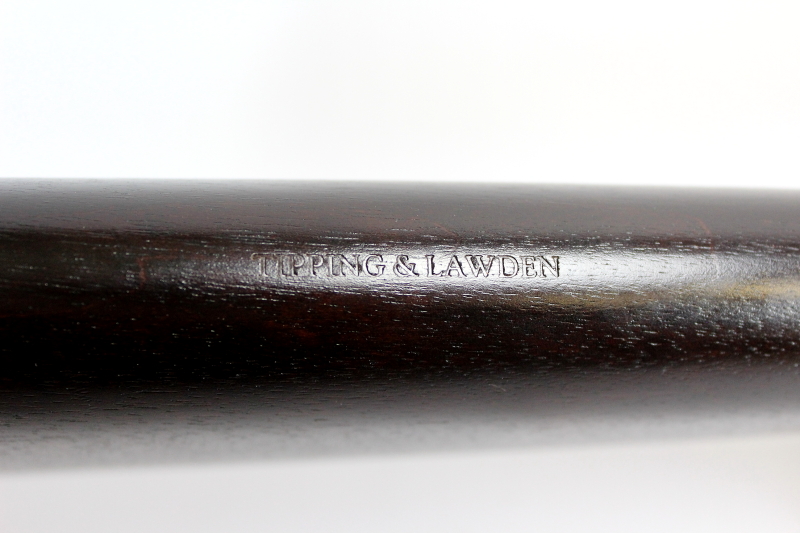